Switzerland has a long tradition of using nuclear energy. With no reserves of coal, oil, or natural gas of its own, the country had to turn to other sources to meet its energy needs. As a result, a nation of only 8 million people— a bit larger in population than the state of Massachusetts— has five nuclear power plants, making Switzerland one of the top seven nuclear-powered nations on the planet on a per capita basis. Another telling statistic is that nearly 40 percent of Swiss electrical generation comes from nuclear power. To give a sense of what that proportion means, only 19 percent of US electricity is generated from nuclear power. The burning of coal has been of almost no consequence in Switzerland’s total energy mix for the past 50 years—in sharp contrast to the United States, where 44 percent of the nation’s electricity comes from coal. The country’s famed train and trolley systems are all electric, with the energy to power them coming nearly entirely from a combination of hydro and nuclear power. END_OF_DOCUMENT_TOKEN_TO_BE_REPLACED

Energy costs make up a disproportionate amount of a low income household spending so energy prices, recently at 3.2% increase per year, create a greater burden on lower incomes (Hodge, 2014). As a result, some households cannot afford to heat or cool their homes without assistance. Under some circumstances, households may even forego energy use in months they need it most. This is not a small issue, with the official poverty rate in 2013 at 14.5%— or about 45.3 million people (U.S. Census Bureau, 2014). Gridmates, a startup founded in 2014, thought of a new platform to reach those in need—through the electricity grid. END_OF_DOCUMENT_TOKEN_TO_BE_REPLACED 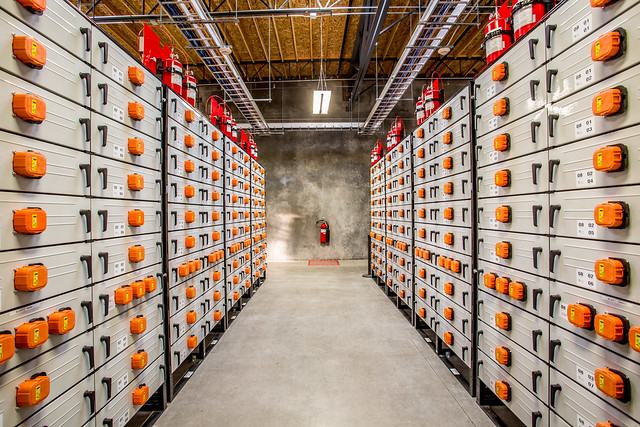 The electricity supply has traditionally been dictated by consumers. Consumers demand varying amounts of energy depending on their instantaneous needs and suppliers are left to use whatever resources are necessary to meet their demands. As populations grow and electricity demands per capita increase, the discrepancy between demand and sustainable supply levels continues to widen. The smart grid may have the potential to mediate the conflicting objectives of consumers, who prefer supply levels that correspond with high levels of convenience for them according to their preferences, and suppliers, who would benefit from producing at a more constant rate. Hassan et al. (2013) explore the plausibility of load balancing, which has been enabled by smart grid technologies, as a method of balancing demand to more closely align with reasonable supply levels. END_OF_DOCUMENT_TOKEN_TO_BE_REPLACED As energy demand continues to increase, more utilities are turning to smart grids to manage larger systems and the increasingly diverse array of energy sources. The first technology implemented in a system is typically the smart meter because it allows for greater communication between utilities and consumers. Giving consumers access to usage information allows them to play a role in demand-side energy management. Smart meters have been installed in many systems around the world with the intention of increasing awareness amongst consumers regarding energy use patterns, and empowering them to change their behavior in order to lower their electricity costs, and subsequently reduce greenhouse gas emissions. Studies have revealed that smart meters END_OF_DOCUMENT_TOKEN_TO_BE_REPLACED