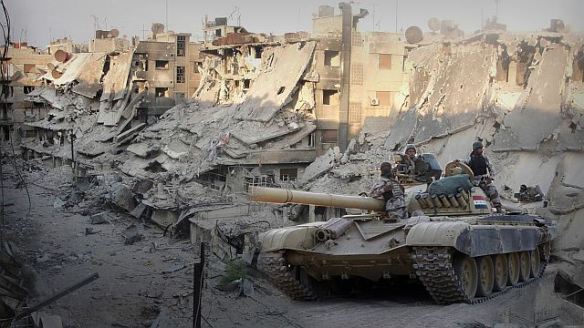 Kelley et al. (2015) writing in The Proceedings of the National Academy of Sciences linked the Syrian Civil War to climate change. The Fertile Crescent, more specifically Syria, has experienced a severe prolonged drought since 2006. In a country dominated by agriculture, the drought killed enormous amounts of livestock and crops. To make matters worse, before this dry spell began, former Syrian President Hafez al-Assad implemented policies to increase agricultural production, despite a shortage in water. These policies made Syria particularly defenseless when the drought began. END_OF_DOCUMENT_TOKEN_TO_BE_REPLACED

New York Times’ Diane Cardwell (2015) writes about the impact that Samso, a 44 square-foot island off the coast of Denmark, has been making in regards to clean energy production. A majority of the island’s 3,800 citizens decided that they no longer wanted to rely on foreign, costly fossil fuels. Rather, they made it their goal to become completely powered by green energy. This $80 million project has resulted in 10 wind turbines as well as solar, geothermal and plant- based energy systems. These four methods have allowed the island to thrive, producing more energy than it consumes. Samso, which used to be primarily dependent on coal and diesel, has become a role model for many other islands around the globe, which are also striving to wean off of fossil fuels. The Samso Energy Academy was created to educate others about new forms of green energy. Many individuals are sent to the academy to learn about the island’s methods and return home to teach their own communities about the changes they can make. END_OF_DOCUMENT_TOKEN_TO_BE_REPLACED