Lucid Energy has created the LucidPipe Power System which harnesses the water flow in municipal pipelines to produce hydroelectric power. The LucidPipe is installed in a section of an existing gravity-fed conventional pipeline that is designated for transporting potable water. The water flows through four 42-inch turbines, each connected to a generator outside the pipe. In Portland, the 200kW system was privately funded by Harbourton Alternative Energy. Although the power system was installed in December, it is currently undergoing reliability and efficiency testing. So far, it has been reported that the presence of the turbines does not slow the water flow rate significantly, so there is no change on pipeline efficiency. The system was set to begin generating power at full capacity by March 2015.

Once running, the system is expected to generate approximately 1,100 megawatt hours of energy per year. This is equivalent to the amount of energy needed to power about 150 homes. It is projected that over the next 20 years, the system should generate about $2 million in energy sales to Portland General Electric. Harbourton Alternative Energy will get a share of these sales and it plans on sharing the money with the City of Portland and the Portland Water Bureau in order to offset operational costs. At the end of the 20 year period, the Portland Water Bureau will have the option to purchase the system, along with all the energy it produces.

Currently, this system is the only one of its kind in Portland. However if shown to be successful, more may follow. In Riverside, California a previously-installed energy system has been providing power since 2012. Since then many smaller, but similar, systems have become available, many of which can be installed within households. The Pluvia generates electricity from the flow of rainwater off of rooftops, while the H20 Power radio uses electricity generated by the flow of shower water.

A 2007 study done by Patrik Soderholm and Thomas Sundqvist attempted to factor in “learning curve” expenses to renewable technology. They describe the “learning curve” expenses to be the increased cost of producing and installing a piece of equipment or technology while it is still a new product. As more of the product is implemented, implementation costs decrease. The study focuses on estimation methods for learning curve costs, and the importance of estimates in deploying technology like wind turbines and solar panels. Specifically, the study investigates issues regarding time as an important variable in learning rates, the interconnectedness of innovation and diffusion, and omission of other important variables in learning rate estimation. The reason for investigating time as an important factor, according to the researchers, is to find out whether costs are decreasing due to actual learning and innovation. The cost decreases should be explained by cumulative capacity—the implementation of additional units—not just time. This is indeed what was found in other studies, and was so included in Soderholm and Sundqvist’s estimation equations. END_OF_DOCUMENT_TOKEN_TO_BE_REPLACED

In Europe, large flat spaces of land with direct normal irradiance (DNI) levels high enough to support solar utilities are uncommon. Diendorfer et. al (2014), a team of researchers in Vienna, saw untapped potential in the Mediterranean Sea and began researching the feasibility of offshore solar power plants. Aside from the availability of open spaces, building solar power plants offshore has two main advantages. First, a system that revolves on a vertical axis can be easily implemented and is efficient at sun-tracking. Second, unlimited water is readily available for the cooling processes required at solar thermal power plants. In this paper, the use of both Parabolic Trough Collectors (PTC) and Pneumatic Pre-Stressed Solar Concentrators (PPC) are considered. The study evaluates the performance of a preliminary floating solar power plant using a model that accounts for platform motion, sea state, and solar irradiance. END_OF_DOCUMENT_TOKEN_TO_BE_REPLACED

As tidal energy develops throughout the world several different designs for Tidal Energy Converters (TECs) have been developed. The main classifications are reciprocating and rotating devices, of which rotating are the most common. Within this category the TECs can be either floating and anchored to the bottom or fixed to the bottom by a rigid structure. Each of these designs has different impacts on the environment it is placed in. Sanchez et al. (2014) tested these impacts in Northwest Spain in Ria de Ortigueria by using a three-dimensional model to examine the impacts of two plants, one floating and the other bottom-fixed. The researchers found that both plants had little effect on water more than 4 kilometers away, but large impacts near the plants. The plants also exhibited very different patterns in changes in flow near the plants. Thus the authors argue that because TECs clearly have an impact on the flow of water around them, further investigation will be necessary to find the impacts of this change in flow on ecosystems. END_OF_DOCUMENT_TOKEN_TO_BE_REPLACED

by Allison Kerley (Photo above of Hanyu Wang, first author of this paper at the University of California, Santa Cruz.)

Most hydrogen generating devices require an external addition of a 0.2 to 1.0 V electric potential in order to sustain the hydrogen generation. Wang et al. (2013) explored the feasibility of a self-powering photoelectrochemical-microbial fuel cell (PEC-MFC) hybrid device to generate hydrogen. The PEC-MFC was a combination of a photoelectrochemical fuel cell and a microbial fuel cell. The Hydrogen production of the device was tested when powered by a ferricyanide solution inoculated with a pure strain of Shewanellla oneidensis MR-1 and when powered by microorganisms found naturally occurring in the municipal wastewater. In both scenarios, given replenishments of fuel, the device produced enough voltage to be self-sustaining. However, when the device was powered by wastewater it produced both a lower current and a smaller hydrogen production than when powered by ferricyanide solution. END_OF_DOCUMENT_TOKEN_TO_BE_REPLACED

Yang et al. (2013) discussed their new proof-of-concept lithium/polysulfide semi-liquid battery as a potential solution to large-scale energy storage. The lithium/polysulfide (Li/PS) battery uses a simplified version flow battery system, with one pump system instead of the traditional two. The Li/PS battery was found to have a higher energy density than traditional redox flow batteries, with the 5 M polysulfide solution catholyte cell reaching an energy density of 149 W h L–1 (133 W h kg –1), about five times that of traditional vanadium redox battery. The Li/PS battery cells were also found to have a high coulomb efficiency peak around 99% before stabilizing at around 95%, even after 500 cycles. The authors conclude that the Li/PS cells maintain a steady rate of performance after 2000 cycles, and END_OF_DOCUMENT_TOKEN_TO_BE_REPLACED

Low-level heat—temperatures 100­–200°C above ambient, the temperature range of a kitchen oven more-or-less—are abundant in the exhausts of all sorts of industrial processes from drying biomass to operating internal combustion engines. They are also much more common in geothermal fields than the higher temperatures needed for traditional geothermal steam power generation, although low-level heat can be used to vaporize high-volatility organic compounds such as propane, which can then power a turbine much as steam would. For the most part, though, this heat is wasted, just released into the environment; but it needn’t be. Researchers at the China University of Geosciences in Beijing and at Stanford University experimented with an array of commercially available thermoelectric power generators (TEGs) END_OF_DOCUMENT_TOKEN_TO_BE_REPLACED CubeSats are cool. No, actually very cold, since they’re out in space. But they are reproducing like rabbits. There are well over 200 of these little 10 cm X 10 cm X 10 cm cube satellites have been launched into orbit by tucking them into the nooks and crannies in the launch vehicles around much larger satellites. (Some are multiples of cubes, 10 cm X 20 cm, or 30 cm.) They need energy. Until now they have been powered in the main by lithium ion batteries like those in your computer, and charged by the photovoltaic panels that make up a CubeSat’s skin. The thing is that these batteries don’t work very well when they are cold; the speed of electrochemical reactions, just like those of every other chemical reaction, are modulated by temperature—the colder the slower. The current Li-ion batteries don’t work at all below –10°C, yet CubeSats headed for deep space are expected to encounter temperatures of –40°C some of the time. So if you have a CubeSat process that needs power at low temperatures or a short-term burst of power faster than the batteries can provide, you need help. END_OF_DOCUMENT_TOKEN_TO_BE_REPLACED 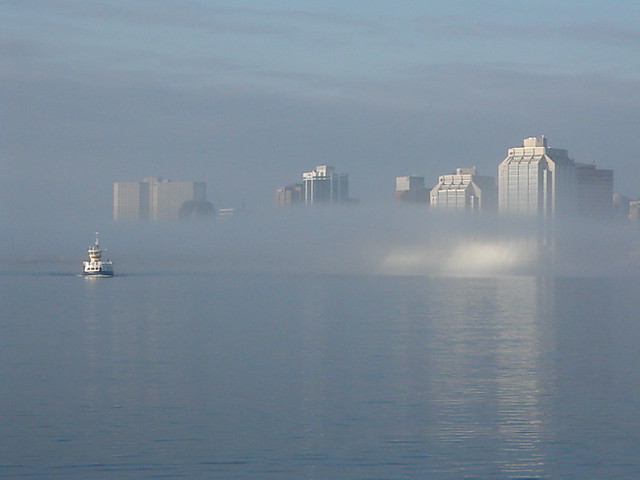