Barack Obama has been busy during his last days in office writing well-documented policy articles for major publications. Barely a week before turning over the Presidential reigns to Donald Trump he has commented in some detail in Science about how, in his view, the clean energy horse has left the barn and is unlikely to be stopped even by it’s most fervent detractors (Obama, 2017). He cites four reasons for believing this. The first is that as the US economy has grown, emissions have fallen; since 2008, the amount of energy consumed per dollar of GDP has fallen by 11%, the amount of CO2 emitted per unit of energy has fallen by 8%, and the CO2 emitted per dollar of GDP has fallen by 18%. Furthermore, worldwide the amount of energy-related CO2 emissions in 2016 were essentially the same as 2014, despite economic growth. He also points out that carbon pollution is increasingly expensive. Given the rhetoric of the incoming administration, though, this reasoning alone doesn’t appear to assure continuing in the same direction. END_OF_DOCUMENT_TOKEN_TO_BE_REPLACED 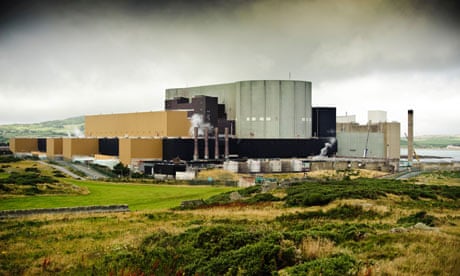 END_OF_DOCUMENT_TOKEN_TO_BE_REPLACED

A case study by Kato, Takahara, Nishikawa, and Homma examined the economic incentives and local citizens’ attitudes toward hosting a nuclear power plant post-Fukushima. The study compared local citizens’ attitudes in 2010 and 2011 (pre and post-Fukushima) toward the benefits and drawbacks of hosting the Kashiwazaki-Kariwa nuclear power plant—Kashiwazaki and Kariwa are nearby towns of the nuclear power plant located in the Niigata Prefecture in Japan. The authors note that the Fukushima accident clearly changed the attitudes towards nuclear energy at a national level, which is shown through a national opinion poll conducted in April 2011 by Asahi Shinbun, one of the major newspapers in Japan (cited in the case study). The poll showed roughly 41 percent of the respondents believed that Japan should reduce or abolish nuclear energy usage, a 13 percent increase from a similar opinion poll conducted in 2007 by Asahi Shinbun. However, the authors also mention the reason they decided to focus on local citizens’ opinion is because they predicted the attitudes of local communities hosting nuclear power plants may differ from national attitudes. Furthermore, the opinions within regions hosting or willing to host a nuclear power plan may have been major factors in nuclear policy decisions because governors cannot simply ignore the regional opinions near nuclear power plants. END_OF_DOCUMENT_TOKEN_TO_BE_REPLACED

In the past decade, African countries have taken huge strides to include renewable energy sources such as wind, biomass and, solar in their energy mix which is largely dominated by hydroelectric power. However, in recent years, more and more African countries are considering nuclear energy as a means of boosting their economies and closing their power supply gaps. Scott Firsing’s informative piece in The Wire examines Africa’s recent forays into nuclear energy and it was a pleasant surprise for me to learn that nuclear energy in Africa was not a novel prospect. As far back as the 1950s, the Democratic Republic of Congo (DRC) built the continent’s first nuclear reactor and currently there are twelve nuclear research reactors situated in eight African countries. These reactors serve primarily as neutron sources for research purposes and are not used for power generation. END_OF_DOCUMENT_TOKEN_TO_BE_REPLACED

Fossil fuels remain the current major source of energy globally. However, the supply is limited and over-consumption is associated with carbon dioxide emission and environmental pollution. As an alternative, the world has increasingly produced its electricity through nuclear fission power. While this transition is associated with significant reductions in carbon dioxide release, the waste generated by nuclear power is radioactive, and difficult to dispose of.

Recently, a group of British scientists working for the Diamond Light Source (DLS), a UK science center, have shown that cement may safely and efficiently store radioactive waste produced by nuclear power plants. Key to the research team’s success, is the construction of a geological disposal facility (GDF), deep underground, to bury the radioactive waste within this cement backbone. However, the British government will not commence GDF development until the scientists can guarantee that the nuclear waste may be safely stored for approximately 100,000 years. END_OF_DOCUMENT_TOKEN_TO_BE_REPLACED

Nuclear energy has enormous potential to alleviate the energy demands of the future, but poses a challenge in its production of nuclear waste. More than 10% of the world’s electricity is generated in nuclear power reactors creating some 10,000 metric tons of radioactive heavy metal waste annually. A sought-after, safe approach to storage is within deep geological repositories but the evolution of these systems over time mechanically, thermally, and hydraulically must be carefully considered. These myriad factors make it quite the engineering feat to accommodate high-level nuclear waste. Not only must the waste be placed in a body of relatively inert rock at depth, particular consideration must be made towards the process of excavation itself. The bore-holes that function as the access points to deep strata with reservoir potential subject the surrounding rock to increased stress which can result in mechanical failure in the form of microcracks, called the excavation damage zone (EDZ). This fracturing can be pinpointed using acoustic emissions that are transmitted through the adjacent intact rock. END_OF_DOCUMENT_TOKEN_TO_BE_REPLACED

Japan has relied on nuclear energy for its electricity since the late 20th century because of its lack of other energy resources. In early 2011, before the tsunami struck, nuclear energy accounted for nearly 30 percent of Japan’s electricity output (World Nuclear). A recent study has shown that “the share of Japanese people feeling ‘very uneasy’ about nuclear power grew from 21% before the 1999 Tokaimura accident to 52% afterward” (Science Direct). Despite this, Japan’s cabinet in April 2014 “approved an energy policy reversing the previous government’s plans to gradually mothball nuclear power plants,” a move perhaps unpopular to the public at large due to the Fukushima accident (Reuters). Furthermore, this heavily contradicts the Japanese government’s initial plans; prior to Fukushima, there were plans to increase nuclear energy usage to 50 percent, but following the accident, the government of Japan published a White Paper in October 2011 proposing that the dependency on nuclear energy largely be cut (World Nuclear). END_OF_DOCUMENT_TOKEN_TO_BE_REPLACED

Switzerland has a long tradition of using nuclear energy. With no reserves of coal, oil, or natural gas of its own, the country had to turn to other sources to meet its energy needs. As a result, a nation of only 8 million people— a bit larger in population than the state of Massachusetts— has five nuclear power plants, making Switzerland one of the top seven nuclear-powered nations on the planet on a per capita basis. Another telling statistic is that nearly 40 percent of Swiss electrical generation comes from nuclear power. To give a sense of what that proportion means, only 19 percent of US electricity is generated from nuclear power. The burning of coal has been of almost no consequence in Switzerland’s total energy mix for the past 50 years—in sharp contrast to the United States, where 44 percent of the nation’s electricity comes from coal. The country’s famed train and trolley systems are all electric, with the energy to power them coming nearly entirely from a combination of hydro and nuclear power. END_OF_DOCUMENT_TOKEN_TO_BE_REPLACED

On January 15, 2016, the U.S. Department of Energy granted awards to two projects, X-energy and Southern Company, to further nuclear energy technology. Each company can get up to $40 million over many years, with initial investments of $6 million each to support their research and development of next generation nuclear reactors. Secretary Moniz emphasized that investments are important for developing nuclear power as a source of carbon free energy in the future. The Obama Administration wants to expand nuclear power as part of its plan to reduce emissions and fight climate change.

X-energy is working on a pebble bed reactor where the uranium fuel is encased in ceramic and graphite balls. According to their website, the pebbles help to prevent the release of radioactivity, maintain the individual integrity of particles and moderate reactions. The fuel cannot melt down in an accident and the reactor is smaller than traditional reactors, making the system safer and practical for more communities. END_OF_DOCUMENT_TOKEN_TO_BE_REPLACED

A recent Greentech Media article outlines the worldwide trend of mobile energy plants being moved into the ocean. Author Julia Pyper surveys energy initiatives regarding mobile power plants across the globe, including China, Russia, Japan, U.S., and Norway. Much of construction will be completed soon, by late 2010s or early 2020s. Pyper also examines the pros and cons of each policy, noting how benefits differ depending on the type of energy plant. Also, these plants are expected to be less harmful to the environment than onshore plants, take up less livable space, and are cheaper to maintain. However, it will be hard to find staff and equipment for these floating devices, and radioactive substances could potentially contaminate the surrounding areas. END_OF_DOCUMENT_TOKEN_TO_BE_REPLACED