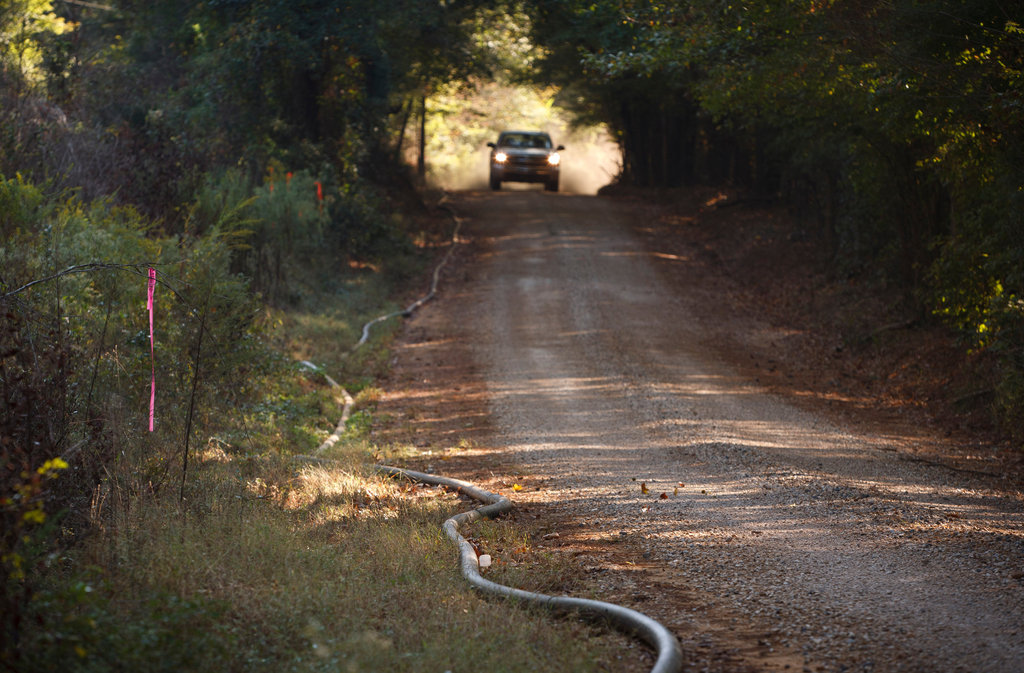 It was recently discovered my grandfather signed to join in a lawsuit just before he passed away. The lawsuit is a dispute regarding who owns the mineral rights (i.e. the oil & gas) under the 300 acres: the Whorton Family (and others) or an oil exploration company who leased the mineral rights in 1982.

The dispute regards who owned mineral rights for the land in Desoto Parish. In order for the land to belong to Chesapeake Energy they would have had to be producing in commercial quantities to keep their lease alive. The Whorton family looked back at the history of Chesapeake’s energies production and found a time period where the companies lease should have expired due to lack of production. From the years 1991 to 1994 the production was not sufficient and as a result the rights to the land should have returned back to the landowners following this period. The Whorton family does not aim to recover the royalties from the period of 1991 to 1994 but instead all of the royalties gained after the period leading up to 2012.

The court of appeals has chosen to reverse a previous ruling in favor of the plaintiffs based from a lack of evidence. The court of appeals argues that the family should have considered more than just how much they made a month during the three year period of 1991 to 1994 but instead consider factors such as the depletion of the reservoir, the price at which the product can be sold, the relative profitability of other wells in the area, the operating costs of the lease and the net profit.

The plaintiffs should be able to find sufficient data, based from evidence being collected detailing the success of a neighboring property, there is no explanation as to why Chesapeake had not been producing larger quantities within the examined time frame. If there was enough market for the neighboring property to produce as they did the same opportunity was possible for Chesapeake, especially since commercial quantities were produced in years following. The question becomes why was there a three year halt?

It possibly could be a scheme by the energy company to save money. Once the technology was developed to reach oil and gas under shale rock through horizontal fracking Oil companies flocked to land from Eastern Louisiana to Fort Worth buying leases for mineral rights for billions of dollars.

In order to cover for the cost of buying all the leases, the companies developed various schemes such as what is seen above. The lack of production could be seen as a way to sell the land to another energy company while not returning the land to the Whorton Family. Meanwhile, the price of oil has dropped. Now it’s so cheap they cannot afford to pull it out the ground. Today these companies risk going bankrupt, especially as landowners catch on to the activities that were committed up to twenty years in the past.