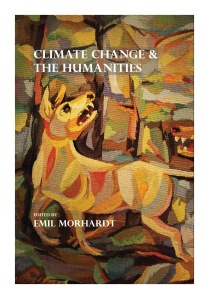 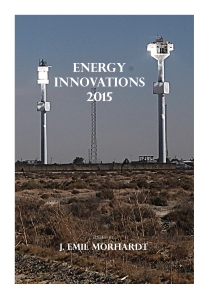 CloudRipperPress.com announces its second and third books published in 2015.

Because it seems likely that there is money to be made by reducing fossil fuel use, and energy use in general, there is currently an intense amount of entrepreneurial activity surrounding all aspects of our energy supply and usage. This book is an attempt to make some sense of the overwhelming amount of information about this activity streaming down the web (and in the scientific and engineering journals). It is a result of three months in early 2015 of combing through entrepreneurial websites, news items in the press, and a variety of other sources (all well documented in the book) to see what new and exciting developments are occurring in energy.

The result is a fascinating look at the types of changes in our energy mix in the near future through over 250 vignettes of innovative energy projects, many in their earliest stages, organized by type of energy activity being considered. Sections of the book include energy efficiency, energy storage, improving the grid, novel energy applications, photovoltaics, solar thermal, hydro/tidal/wave energy, wind, geothermal, nuclear, vehicles, biofuels and synfuels, hydrogen, hydraulic fracturing, carbon sequestration, energy governance, and energy finance and economics. $19.95 at Amazon.com

In 2011 Mike Hulme published an opinion piece, Meet the Humanities, in Nature Climate Change, one of the premier scientific journals dealing with climate change. He asserted that “Although climate is inarguably changing society, social practices are also impacting on the climate. Nature and culture are deeply entangled, and researchers must examine how each is shaping the other. But they are largely failing to do so” (Hulme 2011)*. This was likely the first time that many climate scientists had thought much about the humanities as relevant to what they were studying.

This book sets out to rectify that, documenting what a broad selection of academics, journalists, artists, and others working in the humanities and social sciences have been writing about climate change recently. It consists of over 200 summaries of such works and provides a good introduction to the range of thinking about climate change addressed by non-scientists, and a good entry point to a growing literature. $19.95 at Amazon.com